As the upcoming Friday 13th was Sport Relief, the members again decided to have a week of taking part in physical challenges. These included air-hockey, exercise biking, aer/chairobics, Wii Fit and ‘lifting the roll of silver boarder roll’! (invented by Jane, one of the centre’s support workers).

During the week, over 25 members attempted various activities and hopefully we will have raised some funds for this worthwhile charity.

As well as the physical activities, members have been busy with the usual bingo, colouring and word-searches. The theme for the next couple of months is dinosaurs, so several members have been working on a couple of creations-we have both friendly and ferocious looking creatures!

Gareth, amongst others, has been working exceptionally hard on our mosaic sign and he also joined Suzanne, Tracy, Mickie, Rachael and Peter in the greenhouse, under the direction of Jane, where they manged to pot up some vegetables and sieve some of the soil.

At the beginning of the month, the bakers treated the members to some tasty Welshcakes in honour of St David’s Day and also baked a cake for Lisa’s birthday.

Next week, we are looking forward to a behind the scenes tour of Exeter City’s stadium and getting more work done in the garden… 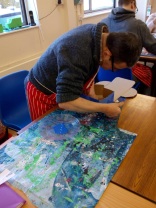 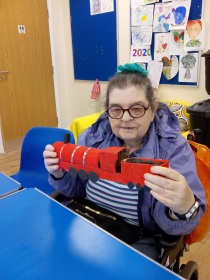 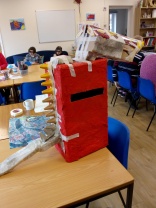 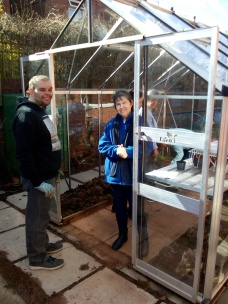 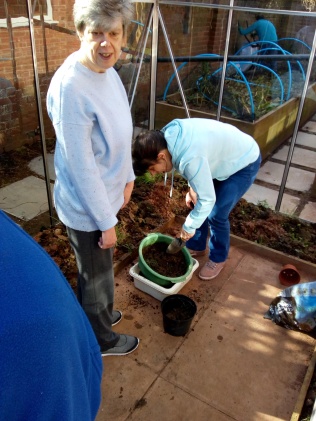