Posted on February 21, 2019 by exetergateway 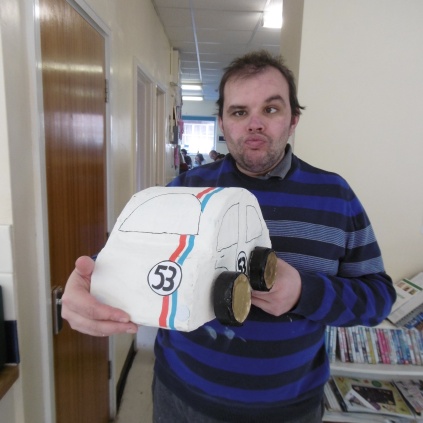 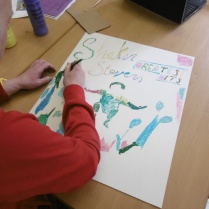 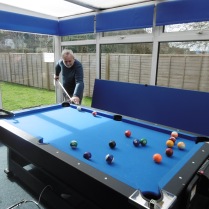 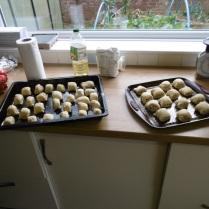 This week, like most weeks, has seen the members keeping themselves occupied in a manner of ways. Roy, Jamie, Brian and Scott have honed their pool skills in a ‘winner-stays-on’ session, while Rachael has been painting her papier-mache German Shepherd dog. Peter K finished ‘Herbie’ and is now working on a project to create a a resonating chamber for his Dr Who sound-effect speaker! The chefs have again treated us to extra food at lunchtime, this time in the form of freshly baked sausage rolls (with added leeks from the garden).

A popular activity this week has been creating posters about topics dear to members- Jamie chose Manchester Utd, Brian police cars, Cathie rally cars, David ‘Shakin’ Stevens’ and Mollie ‘A Star is Born’. Other subjects to cover next week include Abba, Bryan Adams and James Bond!

We’ve also celebrated another birthday-this time Donna got to blow out the candles on a chocolate orange cake and listen to the dulcet tones of the ‘Gateway Choir’!