Posted on December 27, 2018 by exetergateway

The conveyor belt of cakes finally came to an end, with over 20 members finally icing and decorating their creations. This meant that there was now some space in the office for the Christmas raffle prizes! Calendars, bookmarks, wreathes and other presents were laminated and wrapped accordingly-the centre has been a real hive of activity for the past month and families and carers will have received some very interesting and thoughtful gifts. 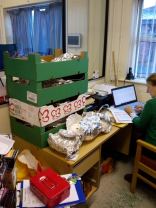 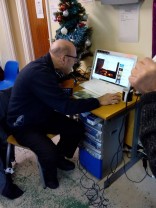 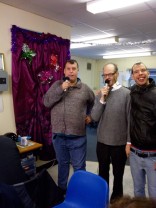 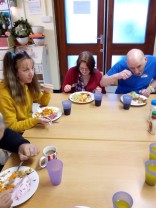 As mentioned previously, the members enjoyed a week of ‘Party Lunches’ and Karaoke. There were some very enthusiastic renditions of a selection of Christmas songs plus some excellent ‘sous cheffing’ under Eileen’s supervision. Prizes were awarded for the best singing, with Vincent, Robbie and  Rachael among the recipients. Thank you to Paul Lee for his DJ and MC skills!

A popular creation this season has been hand puppets, with Jamie, Rachael and Scott making a bear, Prince Albert and The Terminator respectively! Other puppets are a work in progress so more to follow! 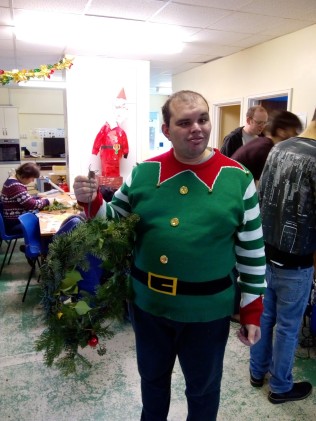