Posted on November 4, 2018 by exetergateway 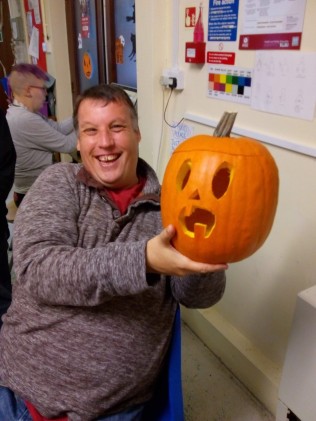 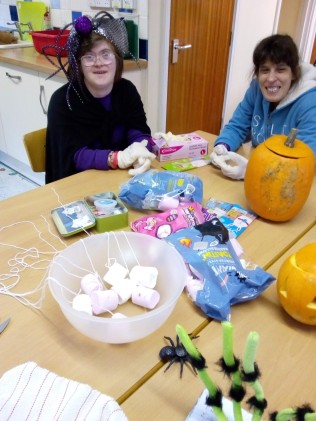 Halloween was upon us again, so it was time to decorate the centre and carve the pumpkins! During the day, some members were busy playing bingo (with all manner of Halloween related prizes), while others, including Suzanne and Emma, helped to make props for the evening’s games.

Some members had arrived in their costumes, whilst others changed-a great effort was made to look ‘scary and spooky’ and prizes were awarded for the best dressed members. Both Karaoke and dancing took place over the course of the evening with a particularly impressive rendition of Ghostbusters from Vincent. There were interludes for various games including musical statues and ‘eat the marshmallow off the string’ (no hands allowed). 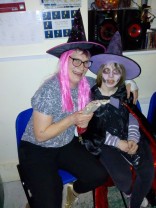 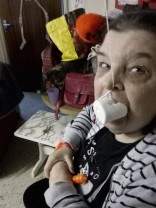 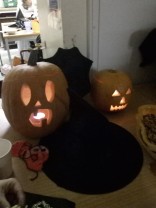 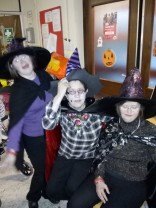 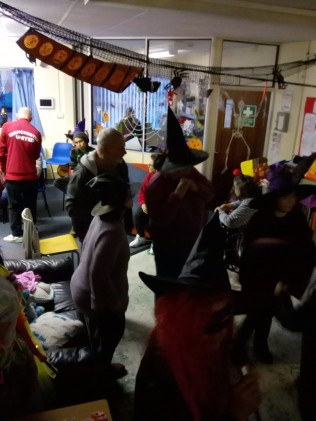 As well as the entertainment, there was hot food (hot-dogs, jacket potatoes, beans and salad followed by jelly and muffins!).

A big thank you must go to Amy, for organising a treasure hunt around the centre with some very clever clues. A great time was had by all and there were some very tired members the next day! 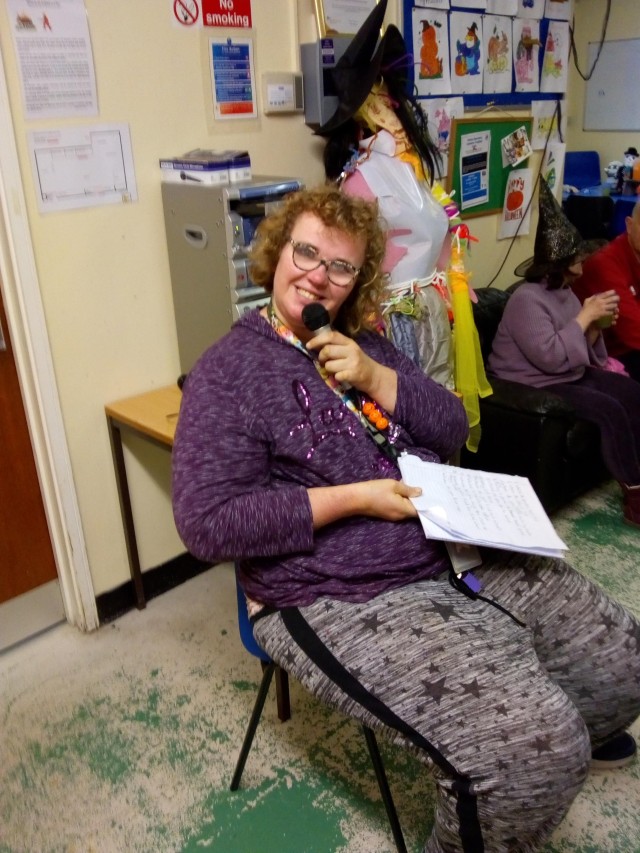