Posted on November 27, 2017 by exetergateway

As the theme for the early Autumn, the members chose their favourite pop-star and created a poster using images, and lyrics from famous songs. During the course of a week, over 20 members performed both individually and in pairs and groups, singing various songs ranging from Shakin’ Stevens’ ‘Green Door‘ to Lonnie Donegan’s ‘My Old Man’s a Dustman‘. A performance area had been created, with chequered flooring and colourful backdrop (designed and mostly painted by Emma Roberts), setting the scene for some magnificent performances.

Some of the usual suspects, Scott, David and Mike Cooke were joined by some more quieter members of the centre – Keith and Neil sang a duet, as did Rachael and Debbie, and, although too shy to sing, Suzanne provided some skillful accompaniment on the bongos.

As well as the entertainment, members also shared healthy ‘pop-star’ lunches, prepared and cooked whilst being entertained!

A great time was had by all, and we are planning to repeat the event with a Christmas twist-performing our favourite Christmas tunes! 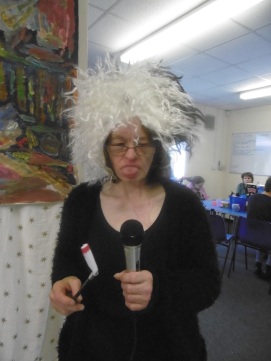 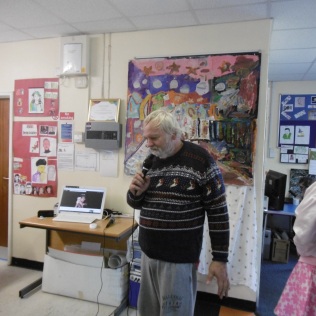 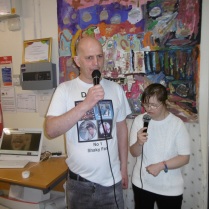 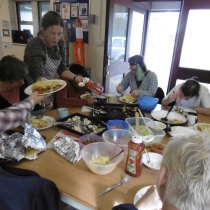 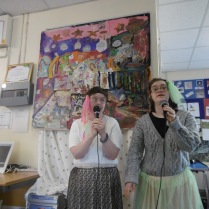